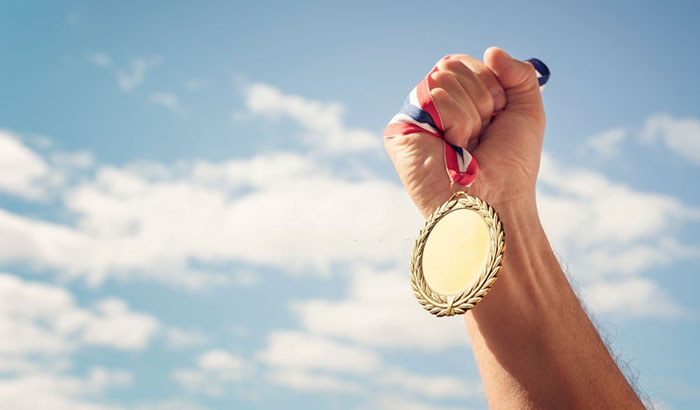 When we are talking about being a professional disc golfer, you are playing the sport for the money. You will be joining PDGA sanctioned tournaments in hoping to win the trophy and the prize. But the biggest question is, is turning pro in disc golf sustainable? Will it be enough to provide food on the table? How much do pro golfer make per tournament? How much do PDGA golfers make?

All of these questions will be answered in this article and our team is hoping that this will give a lot of insights to all disc golfers who are aspiring to be professional players someday.

How Much Does a Pro Disc Golfer Make Today?

To give you an idea of how much a professional disc golfer earns for a living, we presented data on the tournament payout per level tournament in a 5-year period. The data collected was from 2015 to 2019 and was separated according to the tournament level as sanctioned by the PDGA. If you are not familiar, the PDGA has segregated each according to their level. The top-level tournament includes the world championships, PDGA majors, and the elite series. There are also A-tier, B-tier, and C-tier tournaments which are below the elite events.

Also, each tournament will not only give to the top player but also to the 2nd, 3rd, 4th players, and so on. The table below will show you the average prizes given to every player depending on their ranking on different PDGA events.

Another best way to show you how much does a pro golfer makes is the total prize money they won last year. We will show you the top 5 money earners ranked from highest to lowest. Please take note that 2020 was the start of the pandemic and there were events that were affected or even canceled. Nevertheless, the table will give you an idea of how much they earn last year.

Different Ways that a Pro Disc Golfer Earn for a Living 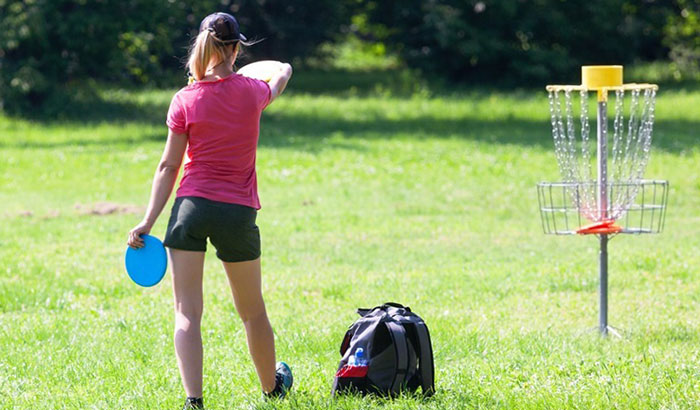 This is the most obvious source of income that a professional disc golf player earns the money. Winning different types of tournaments including the major one will bring enough money to the bank of a professional disc golfer. The DGPT tour championship offers a prize of $20.000 to the top player while the United Disc Golf Championship offers a $10,000 top purse. And these prizes are just for the top-ranked player as there are other prizes for the 2nd, 3rd, 4th, and the other lower placed players respectively.

When it comes to smaller tournaments, the prize money is not that much. Around $1000 to $3000 for the top prize. I would say that this is small compared to other sports but still, this will give a professional disc golfer that chance to earn if he wins the tournament.

On the downside, the cost of joining the tournament should also be considered and if you take a look at the prizes and then deducted the expenses, I feel like this is not enough for a professional disc golfer.

This is where the real money comes in for professional disc golfer but that is if you are the best player in the world. If professional players are sponsored by big brands or companies, there is a lot of money involved. Some players get incentives on disc sales that are collaborated by the company and the player. Some sponsors match the winning prize if their player wins a tournament. For professional players, these are the best source of income but sponsors and companies will only come to you if you are one of the best players in the world.

Speaking of the best player in the world, the top-ranked player today in Paul McBeth made headlines a few weeks ago by signing the richest deal in disc golf history. He recently signs a sponsorship deal with Discraft to the tune of $10 million for 10 years. This contract is an extension of a similar contract he signs 4 years ago for a million dollars. Of course, Paul McBeth who is now considered the “Tiger Woods” of disc golf deserves it. He is the top player in the world and he deserves all the money he gets.

If professional players are enlisted members of a team that has sponsors, they may earn a salary for being a team member. I know teams from Dynamic discs and Latitude 64 earn a decent amount of money as team members. Of course, the salary varies according to the skill and value of a player to the team.

In a world where everyone is hooked on social media, a disc golfer can be an influencer online and earn tons of money. It is no coincidence that the top 3 ranked players in the world in Paul McBeth, Ricky Wysocki, and Eagle Wynne Macmahon all have Youtube channels. For sure, their channels which have thousands of subscribers helps in increasing their income from other sources. Professional disc golf players can also use other social media channels such as Facebook, Instagram, and Twitter to influence their followers and earn money in different ways.

Other Sources of Income

Professional disc golfers can also use their popularity and influenced to earn in other ways. For example, you can do a paid coaching clinics in your area to earn a good amount of money. You can also attend paid speaking engagements in local disc golf events where you can share your knowledge and players with up-and-coming players and the young ones.

Disc golf’s popularity has grown by leaps and bound over the years. The PDGA has said that it is a fast-growing sport in the whole world and they all have the reasons to be optimistic. For one, the membership of the association has grown over the years.

In 2016, it listed around 35,000 members while a year later, it has grown to 41,000. In 2019, the association said that the list has grown to 45,000 members and these number does not include unregistered disc golf practitioner and the recreational player who plays the sport regularly.

With the overall landscape of the sport changing, so as the professional player salaries. I have mentioned earlier that top-ranked player Paul McBeth recently signed the highest sponsorship deal in the history of the sport. I know and I am confident that there are a lot of players who will follow McBeth’s footstep in terms of making money out of sponsorship deals. For regular players, the chance to earn a bigger amount of money increases every day. With more and more companies willing to sponsor the high-prized tournament, the potential is unlimited for all professional disc golfers.

When there is an interest in the sport, the money will be there. With the sport’s increasing popularity, likely, the professional player’s salaries and prizes will also take the same path. With Paul McBeth’s multi-million deals, I am very optimistic that we will see a million-prized tournament soon.